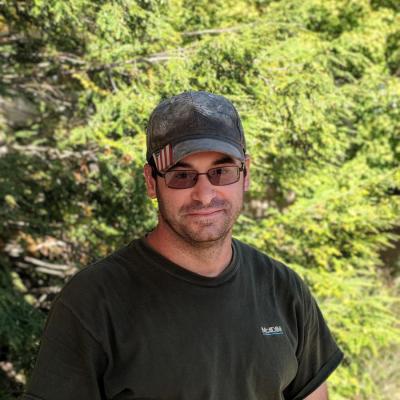 Steve has been employed with McAdam Landscaping since March of 2005.  He received his Associates degree in Ornamental Horticulture through Triton College in 2004.  As Nursery Manager, Steve is in charge of receiving and filling all of the plants for our installation jobs.  Steve is also very helpful in our Garden Center.  Aside from horticulture, Steve is also a musician.  He enjoys playing the Native American Flute and has a high interest in Native American Culture, Art and Music.  Steve has attended various Native American pow wow’s in the Chicagoland area and Northern Wisconsin.  He enjoys watching movies and seeing how they are made.  He also loves to travel to his family’s tree farm and summer home in Northern Wisconsin.